Goodlord, the proptech startup that offers a SaaS for rentals, has raised £10M in Series B funding 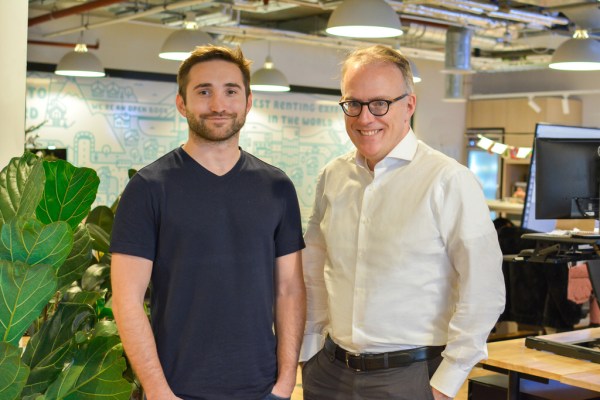 Goodlord, the London proptech startup that offers cloud-based software to help estate agents, landlords and tenants manage the rental process, appears to have achieved somewhat of a turnaround after it fell into difficulty two years ago. Since then, the company installed a new CEO and CTO, and raised further funding. Today Goodlord is announcing its next milestone: £10 million in “Series B” funding.

Goodlord says it will use the additional capital to invest in its engineering, product and customer facing teams. Despite layoffs back in early 2018, the company grew from 47 to 97 employees last year and currently has a number of open positions.

Founded in 2014, unlike other startups in the rental market space that want to essentially destroy traditional brick ‘n mortar letting agents with an online equivalent, Goodlord’s Software-as-a-Service is designed to support all stakeholders, including traditional high-street letting agents, as well as landlords and, of course, tenants. Its SaaS enables letting agents to “digitize” the moving-in process, including utilising e-signatures and collecting rental payments online, while tenants benefit from a tenant dashboard and more transparency.

In a brief call with Goodlord CEO William Reeve, who co-founded LoveFilm and was also a founding director of Zoopla, he revealed that he only initially agreed to step into the role on a temporary basis to steady the ship. However, upon joining, he says he’s been energised by the vision and enthusiasm of the team and the startup’s broader mission of solving problems faced by “generation-rent.”

He says that, as it stands, Goodlord is mostly focused on the transactional element of renting (contracts, payments etc.), but argues (rightly) that this vantage-point provides a host of future opportunities post-move-in, where more value can be created — and captured. This already includes things like help with switching or setting up utilities, such as broadband, once a tenancy has been signed.

To solve another pain-point for tenants and landlords/agencies, Goodlord has introduced “virtual banking technology” for customers. Provided in partnership with fintech Modulr — a company also used by the likes of Revolut — Goodlord provides each tenant with a dedicated bank account number to pay their rent into. This makes it easier to track payments and accelerate a move-in date, as payments don’t need to be reconciled in a central landlord bank account and the whole process is infinitely more transparent.

It’s also a good example of embedded fintech (or evidence backing up the “every company will be a fintech company” thesis recently made popular by venture firm Andreessen Horowitz).

Reeve also tells me that Goodlord is adding value on the landlord side by helping navigate recent regulation in the U.K. that bans tenant fees. By using the SaaS and the processes it has digitised, landlords can ensure they remain compliant.

Lastly, I asked Reeve to provide an example of a big decision he has taken since becoming CEO and he said the biggest changes have been around technology. Not only did Goodlord recruit an experienced CTO — Donovan Frew, formerly CTO of Secret Escapes — but Reeve put into deep freeze a project to entirely re-factor the startup’s software platform, which he saw as unnecessary and not driven by the needs of customers, who, he said, loved the product.

More broadly, he said he’s not a fan of re-factoring for the sake of it or in pursuit of the latest, greatest shiny new tech. Instead, he prefers an “if it isn’t broke, don’t fix it” approach, and says that tech decisions should always be to the benefit of customers.