Just Do It: How to Work When You Really Don’t Feel Like It 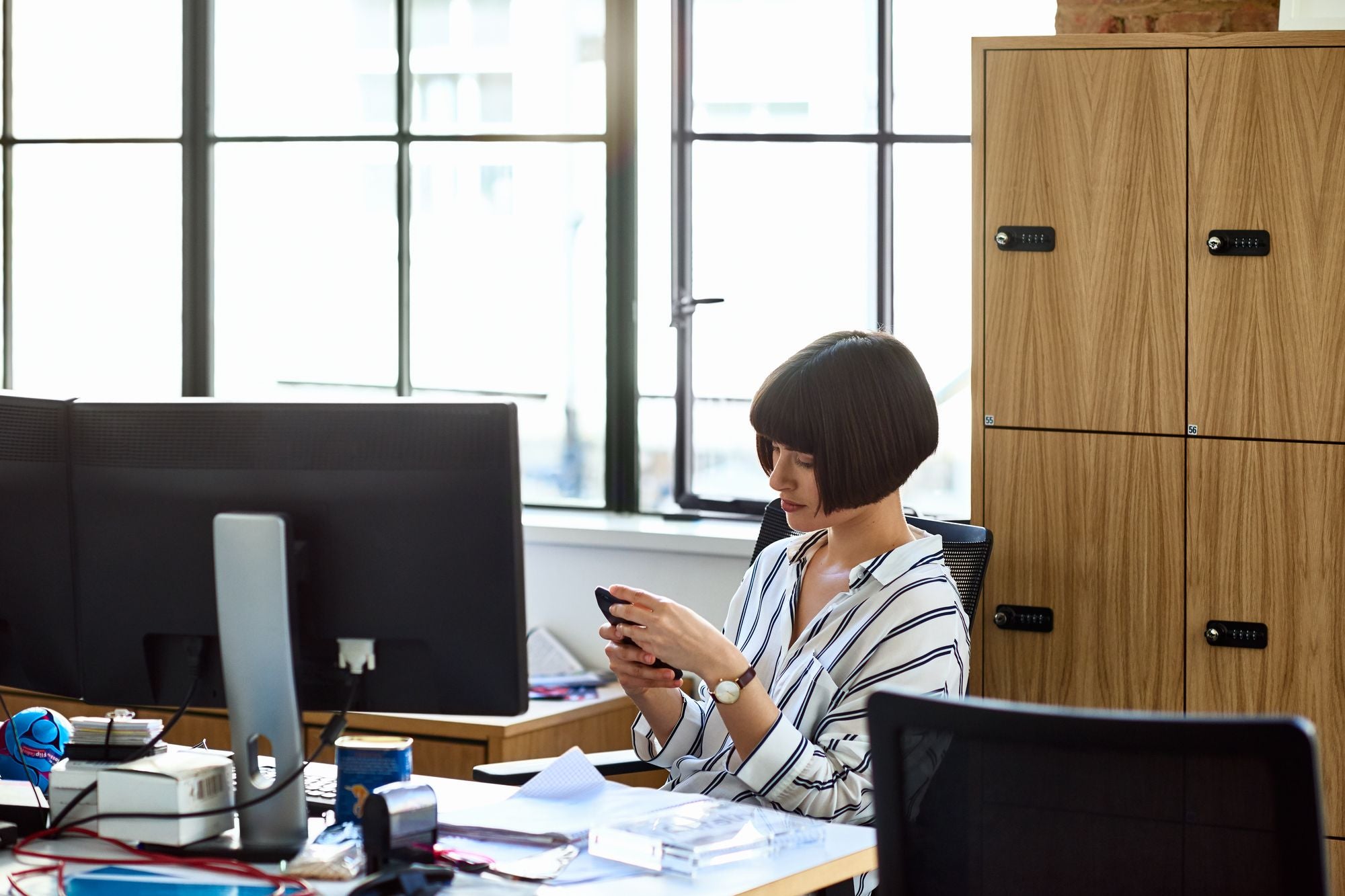 Avoiding daily tasks can crush our happiness, hurt our bank accounts, and even damage our health — but you can learn how to move forward.

Procrastination hurts. Hitting next episode on Netflix can provide momentary relief, but it’s a fleeting high. Whether you’re avoiding a sink full of dishes, a new presentation deck, or a date with the treadmill, delay has the power to transform a simple task into a Mount Everest of a to-do list.

Research shows that in the long term, procrastination significantly decreases our health, wealth, and happiness. For example, in a survey of 10,000 people by Carleton University’s Procrastination Research Group, 94 percent of respondents said that procrastination negatively affects their happiness. A full 19 percent said the effect is extremely negative.

The flip side of procrastination is motivation. According to Psychology Today, “motivation is literally the desire to act and move toward a goal.” When you’re building a business, that desire is essential — and it can also be infuriatingly evasive.

But success doesn’t always start with extraordinary motivation. Just like a snowball gathering speed, sometimes motivation builds after we begin. I’ve experienced this phenomenon firsthand. For example, I’m not a highly motivated person. I don’t leap out of bed at 6 am, I don’t love swinging kettle bells, and I don’t read 100 books a year.

Yet, I’ve slowly grown my startup, JotForm, into a company with over 4.3 million users and 130 employees. I usually manage to squeeze in a daily workout as well.

My point? Accomplishing our goals simply doesn’t require consistent motivation. We can achieve big things, even when we don’t feel like doing the day-to-day tasks.

End the destructive cycle of procrastination.

Avoidance gradually increases our anxiety, making us even more likely to procrastinate, and then the pattern escalates. To end this vicious cycle, it’s important to identify why we’re dodging a specific activity.

Heidi Grant Halvorson and E. Tory Higgins, co-authors of “Focus: Use Different Ways of Seeing the World to Power Success and Influence,” explain that motivational focus affects how we approach life’s challenges. “Promotion-focused people see their goals as creating a path to gain or advancement and concentrate on the rewards that will accrue when they achieve them,” Grant Halvorson and Higgins write in Harvard Business Review.

“Prevention-focused people, in contrast, see their goals as responsibilities, and they concentrate on staying safe. They worry about what might go wrong if they don’t work hard enough or aren’t careful enough.”

These two types can also affect how we procrastinate. Prevention-focused avoidance is about preventing a loss. For example, you need to hire your first employee, but you’re worried about choosing the wrong person. A mis-hire would drain time and money, so you postpone the process entirely.

Promotion-focused procrastination occurs when we see a task as a way to level up, but we still can’t summon the drive to get started. For example, you might believe that yoga would offset some entrepreneurial stress, but you reach for an espresso every morning instead of the mat.

Clearly, our emotions are tangled up in both promotion and prevention focus. On either side of the equation, the “feeling like it” part becomes a slippery slope. But as Melissa Dahl wrote in a 2016 article for The Cut: “You don’t have to feel like getting something done in order to actually get it done.”

Related: How Mark Cuban ‘Gets Shit Done’ and Stays Productive

Let that soak in for a moment. When you’d rather visit the dentist than tackle analytics or spreadsheets, cut your feelings out of the equation. Decide in advance exactly where and when you’ll dig in and then forget about emotions. Don’t think about it or weigh the pros and cons. If you planned to start at 3 pm, simply start. Commit to the schedule you created.

Harness the power of momentum.

Every morning, I spend at least an hour writing morning pages. This daily routine creates motivation for my day. I don’t summon the inspiration for this practice; I just do it, and then I start to feel excited about the projects ahead.

Once we take even the tiniest step forward, momentum will soon keep you rolling. That’s because sustained momentum toward a goal creates a compound effect — the principle that consistent, incremental effort can produce dramatic changes over time.

Berkshire Hathaway CEO Warren Buffett is one of the world’s most successful investors, and the third-wealthiest person on the globe. He also provides a prime case study in the compound effect.

Between age 32 and 44, Buffett grew his net worth by 1,267 percent. That’s a pretty impressive number, until you look at his next 12 years. From 44 to 56, he increased his net worth by a staggering 7,268 percent. He built his chain of investments, and never looked back.

We often hear about the “Seinfeld Strategy,” which the comedian used to hone his famous skills. Years ago, he hung a wall calendar in a prominent location and drew a big, red “X” through the day if he had written new jokes. As the X’s began to pile up, his motivation grew. “You’ll like seeing that chain, especially when you get a few weeks under your belt,” Jerry Seinfeld told a young comedian. “Your only job is to not break the chain.”

Many people now use this strategy to track everything from jogging to cooking to saving money and working on their startups. Author James Clear says the Physics of Productivity — that is, Newton’s First Law applied to habit formation — explains why this tactic is often successful. “Objects in motion tend to stay in motion,” Clear writes. “Once a task has begun, it is easier to continue moving it forward.”

Taking initial action, like starting the job description or emailing a colleague for references, makes it easier to continue that dreaded hiring process. Routines can also enhance the power of forward motion. If you want to write a blog post, choose a time each day when you’ll write just one paragraph. Maintain this routine until you’re done.

Want to accelerate your momentum? Create a ritual to pair with the routine. Do five minutes of mindful breathing. Open a “chill out” channel on Spotify and plug in your headphones. Or pour a fresh cup of coffee, then get started.

The act you choose is far less important than the ritual itself, because daily repetition “primes” your brain to tackle the task. Over time, a pleasant ritual can even create positive anticipation around the work, rather than a death spiral of procrastination.

Sparking the flames of progress.

Motivation isn’t the fire that will fuel your success. It’s not willpower or restraint, either. According to Jeff Haden, author of The Motivation Myth, motivation is a result, not an elusive state that precedes meaningful activity. Motivation is “the fire that starts burning after you manually, painfully, coax it into existence, and it feeds on the satisfaction of seeing yourself make progress,” writes Haden.

The drive to pursue a difficult, yet desirable goal often shows up after we get down to work. The first step might be small, but it’s a massive leap toward whatever you desire. So, do whatever you can to start.

Determine what compels you to hit the brakes, create firm schedules to dodge procrastination, and establish rituals that feel good. When we get out of our own way, progress is almost inevitable. A tiny spark quickly grows into a fire.