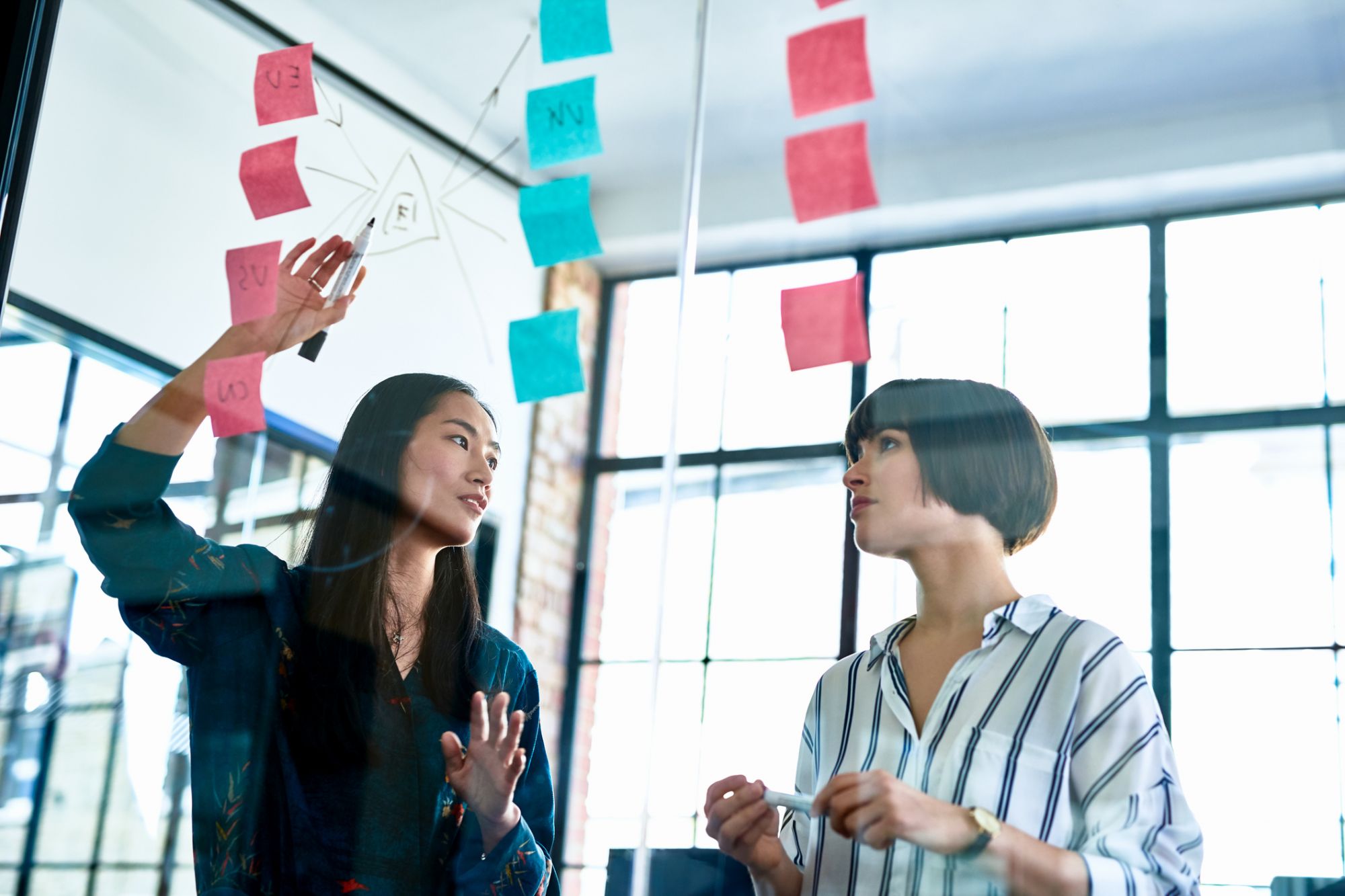 An unusual business name can work in your favor…if you pay attention to these three qualities.

The following excerpt is from Brad Flowers’s The Naming Book. Buy it now from Amazon | Barnes & Noble | IndieBound

When it comes to business names, most people assume they want an unusual brand or company name. You can achieve that in different ways: by using foreign or misspelled words, for example, or by combining uncommon words, as in the case of Coca-Cola.

Deciding how unusual a name you need is the first criterion. That’s because unusualness is faceted. Unusualness can also be thought of as a spectrum. On one end is a novel word (Hulu); on the other is a common word (Mama). Either pole can work, but the best choice for you might land somewhere in the middle. ‘

To make it even more complicated, there’s competition to use individual words as names. Regardless of how common or uncommon they are, some companies have the same or similar names. But is this a problem?

For example, Delta Air Lines and Delta Faucet Co. are both leaders in their industries. The word “delta” is recognizable but isn’t commonly used in everyday speech. Some people might identify it as a Greek letter, while others may understand its mathematical meaning. But it’s still fairly obscure.

So, the two Deltas have identical names. Is that a problem? Probably not, because you wouldn’t confuse the airline with the faucet manufacturer. The identical names still provide a unique identity for both of them because they don’t cause confusion in the marketplace. Delta Air Lines stands out among its peers: American, United, KLM, Southwest. Similarly, Delta stands out among other faucet manufacturers: Kohler, American Standard, Moen. And I didn’t even address Delta Dental, the insurance company.

Breyer’s and Dreyer’s is another example. Clearly, the names are similar. They’re in the same industry; they both make ice cream. And their industry is hyper-competitive. Is there the potential for confusion? Imagine taking a grocery order over the phone. Are you certain the customer asked for Breyer’s? In this case, both companies would benefit from more distinctive names.

So how do you determine how unusual your name should be?

The first way to gauge how unusual your name needs to be is to assess how much advertising your competition does. Generally, whatever’s advertised—company or product—has higher name competitiveness. For instance, it isn’t as important for Procter & Gamble to have an uncommon name as it is for Crest toothpaste.

Think about your industry. Are you a local wealth manager? While that business is competitive, there isn’t as much name competition as in other industries. Your competition likely advertises less than, say, someone selling supplements online.

The second consideration is geography. What is your geographic footprint? Does your organization plan to serve a neighborhood, a town, or an urban metro area? Are you serving a statewide audience, or is your reach national or even international? Are you starting a massage therapy business or a restaurant chain? Where you operate matters. The smaller your geographic footprint, the less competition you’ll have, and the less emphasis you’ll need to place on an unusual name.

For example, say you’re starting a company that manufactures and sells a supplement. This particular supplement takes fat cells and reallocates them into your wrinkles, so you get skinnier and your skin looks younger. You notice that online, print, and television advertising are saturated with health and wellness products. So, you can assume there’ll be significant competition. You decide to sell your product through your website and in specialty retailers, so your geographic footprint is potentially international. With heavy advertising and a broad geographic footprint, your product’s name will need to be quite unusual, for two reasons. One, you don’t want to get sued for infringing on another company’s trademark. And two, you want your fantastic supplement to stand out among all the clutter.

Or consider a counterexample. You decide to start a nonprofit to help underprivileged children in your neighborhood prepare for college. These kids are all first-generation college students. They may not have successful study behavior patterns modeled for them, since they’re the first in their families to go to college. Your organization is there to help them navigate life, give them a road map, and provide orientation before they go off to college. You won’t have much competition. Small nonprofits like this may not advertise in the traditional sense. And your geographic footprint is constrained to your immediate neighborhood. This organization doesn’t need an unusual name. You could look at common nouns—maybe something like Compass. It would likely need a modifier: perhaps Compass College Prep. There are certainly many businesses with the word compass in their names. But in this case, would it matter?

As you work through your criteria, unusualness is an important consideration. It determines what sorts of names you need to focus on. If you need your name to be extremely uncommon, you need to spend more time working on made-up words, like Hulu, or digging into obscure words. To help determine where you fall on the unusualness spectrum, consider your company’s requirements by reviewing the following criteria and rating how your company falls. Circle a number between 1 and 5 for each question.

Add up your total number of points for all three questions. If you have more than ten points in total, you should consider adding unusualness to your list of criteria when choosing a name. If not, don’t worry too much about finding an uncommon name. You’re lucky enough to work in a less-competitive industry.