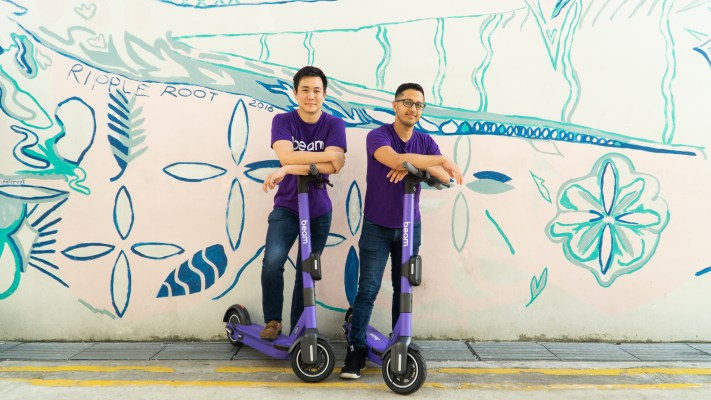 Beam, a Singapore-headquartered micromobility firm that uses shared e-scooters, has raised $26 million in a brand-new funding round as it wants to broaden its footprint in Korea, Australia, Malaysia, New Zealand and Taiwan. Sequoia India and Hana Ventures led the two-and-a-half-year-old start-up’s Series A funding round, while numerous more financiers from the Asia Pacific region took part, including RTP Global, AppWorks, Right Click, Cherubic and RedBadge Pacific, Beam stated. The start-up has raised $32.4 million to date, a representative told TechCrunch.

Beam, like Bounce and Yulu in India, uses electrical scooters in the abovementioned 5 markets. Electric and gasoline scooters have ended up being popular in a number of Asian nations and somewhere else as people search for alternative transportation mediums to move faster and at less expense.

While these automobiles make inroads into numerous markets, it’s likewise not uncommon to find these scooters deserted carelessly in the streets. Beam stated unlike other startups, it incentivizes its riders through in-app deals to park the scooters at established areas.

“I’m truly delighted about our new innovation and its ability to reduce the problems related to randomly spread scooters around a city. This helps us to more enhance our industry-leading lorry retention rates, lower functional costs and, most importantly, benefits communities by keeping city streets neater,” stated Beam co-founder and chief executive Alan Jiang.

Beam, which did not divulge how many customers it has accumulated, will utilize the fresh capital to grow its functional and engineering focus and grow much deeper in its existing markets, it said. It will also “speed up” to more markets the launch of its third-generation e-scooter, the Beam Saturn, which features swappable batteries and enhanced construct, it said.

Abheek Anand, handling director at Sequoia Capital India, stated Beam’s partnership with regulators, innovation and insights into the transport landscape stand to give it an edge in the Asia Pacific area.

The startup’s fundraising comes at a time when many young companies in Asia, specifically those running in the transportation classification, are struggling to raise capital. Beam said it had actually implemented strict cleansing and operations practices to restrict the possibility of virus transmission to ease riders’ concerns.