Marietje Schaake is ‘really concerned about the future of democracy’ 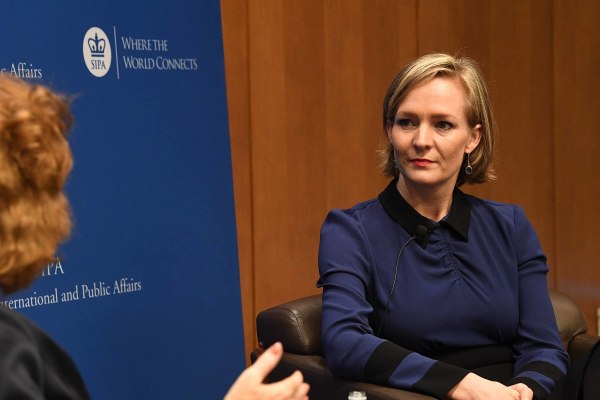 Scott Bade Factor
Scott Bade is a former speechwriter for Mike Bloomberg and co-author of “More Human: Designing a World Where Individuals Come First.”
More posts by this factor

In the 10 years she spent as a member of the European Parliament, Marietje Schaake became one of Brussels’ prominent voices on innovation policy concerns.

A Dutch political leader from the centrist-liberal Democrats 66 party, Schaake has actually been called “Europe’s most wired” political leader. Since stepping down at the last European Parliament elections in 2019, she has actually doubled down with her work on cyber policy, becoming president of the CyberPeace Institute in Geneva and relocating to the heart of Silicon Valley, where she has signed up with < a class =" crunchbase-link" href=" https://crunchbase.com/organization/stanford-university" target=" _ blank" data-type =” organization “data-entity=” stanford-university” > Stanford University as both the International Director of Policy at Stanford’s Cyber Policy Center, along with an International Policy Fellow at its Institute for Human-Centered Artificial Intelligence.

I talked to her about her top cyber policy issues, the potential customers of higher U.S.-EU cooperation on technology and far more.

Can you tell me about your journey from MEP in Brussels to believe tank in academic community?

There were a variety of reasons that I thought a 3rd term was not the very best thing for me to do. I started thinking about what would be an excellent way to continue, focusing on the defend justice, for universal human rights and significantly for the guideline of law. A number of scholastic institutions, specifically in the U.S. reached out, and we started a conversation about what the options might be, what I thought would be rewarding. [My objective] was to understand where tech is going and what does it suggest for society, for democracy, for human rights and the guideline of law? Likewise how do the politics of Silicon Valley work?

I feel like there’s a huge opportunity, if not to say gap, on the West Coast when it comes to a policy shop– both to scrutinize policy that the companies are making and to look at what government is doing because Sacramento is very fascinating.

From a policy viewpoint, what locations of tech are you thinking about most?

I’m very concerned about the future of democracy in the broadest sense of the word. I seem like we need to understand better how the architecture of information flows and how it affects our offline democratic world. The more individuals get steered in a specific instructions, the more the structures of real liberalism and liberal democracy are challenged. And I feel like we simply don’t look at that enough.