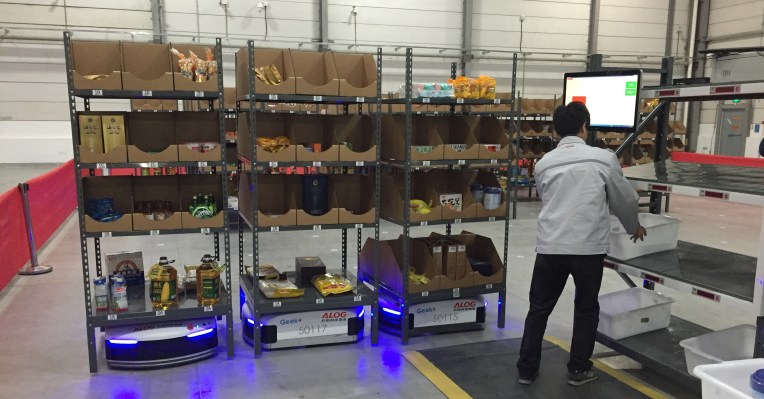 Geek+, a Beijing-based startup that makes storage facility fulfillment robots similar to those of Amazon’s Kiva, said Thursday that it has actually closed over$200 million in a Series C financing round. That bumps overall capital raised by the five-year-old business to date to nearly$390 million. The new round, finished in 2 parts, was individually led by GGV Capital and D1 Capital Partners in the summer season of 2019, and V Fund previously this year. Other participants consisted of Warburg Pincus, Redview Capital and Vertex Ventures. The company said it will continue to develop robotics services customized

to logistics, ramp up its robot-as-a-service money making design and broaden partnerships. Geek+ represents a rank of Chinese robotics option providers that are increasingly appealing to clients all over the world. The startup itself boasts more than 10,000 robots released worldwide, serving 300 customers and jobs in over 20 countries. Just last month, Geek + revealed a partnership with Conveyco, an order satisfaction and warehouse system integrator operating in North America, to disperse its self-governing mobile robots (ARMs)across the continent. Leading this part of its company is Mark Messina, the startup’s chief running officer for the Americas who previously operated at Amazon, where he oversaw mechanical engineering for the Kiva robotics system. Geek +’s enthusiastic relocation overseas came in the middle of continuous pressure from the Trump administration to

boycott Chinese tech players. Back house, Geek+has actually worked closely with retail giants such as Alibaba and Suning to replace human pickers in storage facilities. Article curated by RJ Shara from Source. RJ Shara is a Bay Area Radio Host (Radio Jockey) who talks about the startup ecosystem – entrepreneurs, investments, policies and more on her show The Silicon Dreams. The show streams on Radio Zindagi 1170AM on Mondays from 3.30 PM to 4 PM.