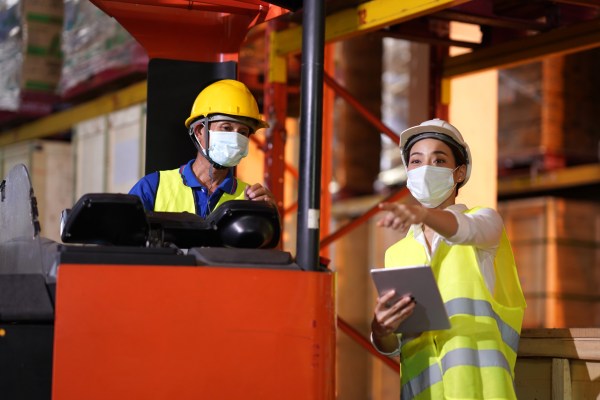 It seems the pandemic has required the business world to digitize faster, and the industrial sector is no various. Parsable, a San Francisco start-up that is assisting digitize commercial front line workers, announced a $60 million Series D today.

Activate Capital and Glade Brook Capital Partners co-led the round. They got assistance from brand-new investors Alumni Ventures Group, Cisco Investments, Downing Ventures, Evolv Ventures and Princeville Capital together with existing investors Lightspeed Endeavor Partners, Future Fund, B37 Ventures, Honeywell and Saudi Aramco. Today’s money brings the overall raised to over $133 million, according to the company.

As I wrote at the time of the business’s $40 million Series C in 2018,”Parsable has actually developed a Connected Employee platform to help bring high tech services to deskless industrial workers who have actually been working mostly with paper-based procedures.”

CEO Lawrence Whittle states that while the pandemic has shut some factories, and reduced total worker headcount, it has actually still led to increased use on the platform of companies whose items are thought about necessary services. What’s more, Parsable’s ability to deal with details on a private mobile device or laptop means that in most cases, employees can remain apart and not share computers on the factory floor, making the process safer.

“Thankfully, the majority of our focus is in what’s frequently considered as necessary industries– so customer packaged products (CPG), food, drink, agriculture, and related markets such as paper product packaging. Those markets surprisingly enough, primarily due to the fact that of consumer need continue to operate quite successfully from a demand point of view throughout this COVID duration,” Whittle informed TechCrunch.

While the business would not give particular development numbers, they shared that registered users grew 11x and the variety of released websites tripled year over year. What’s more, they have users in over 100 nations encompassing 14 languages.

With the cash, the business wants to expand worldwide into Asia, EMEA and Latin America. The startup has 120 staff members, but plans to employ for vital requirements over the next several months, preferring to be conservative and seeing where the pandemic takes the economy in the coming months.

Whittle explains that the diversity of its user base, and the desire to broaden into other areas needs that they have a more diverse employee base, even while it’s a clear ethical factor to consider, too.

“When you’re serving consumers in over 100 nations, and you supply an item in 14 languages, [having] diversity and inclusion is to some degree a provided. What we’re doing as a company […] is taking every opportunity to further lean into that which’s one of the leading lights of our of our service,” Whittle said.

Parsable released in 2013. It took a few years to construct the product. Today, clients include Georgia-Pacific, Henkel and Shell.