DCM has currently made nearly $1 billion off its $26 million bet on Bill.com 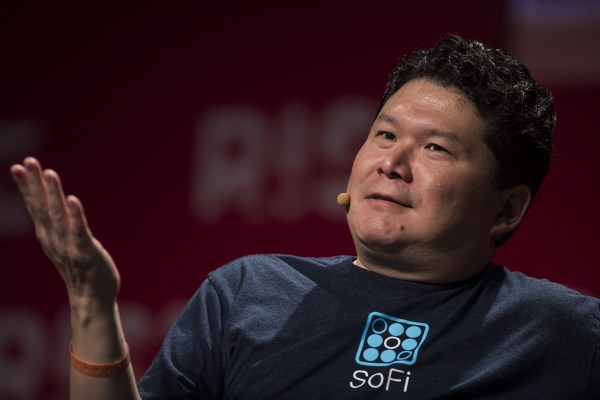 David Chao, the cofounder of the cross-border venture company DCM, speaks English, Japanese, and Mandarin. However he also understands how to talk to creators.

It deserves a lot. Consider that DCM ought to see more than $1 billion from the $26.4 million it invested throughout 14 years in the cloud-based business-to-business payments business Bill.com, beginning with its A round. Undoubtedly, by the time Bill.com went public last December, when its shares priced at $22 each, DCM’s stake– which was 16% cruising into the IPO– was worth a not-so-small fortune.

Since then Wall Street’s desire for both digital payments and subscription-based earnings designs has driven Bill.com’s shares to approximately $90 each. Little wonder that in current weeks, DCM has sold roughly 70 percent of its stake for nearly $900 million. (It still owns 30 percent of its position.)

We talked with Chao earlier today about Bill.com, on whose board he sits and whose creator, René Lacerte, is someone Chao backed formerly. We also spoke about another very financially rewarding stake DCM holds today, about DCM’s latest fund, and about how Chao navigates between the U.S. and China as relations in between the two nations worsen. Our discussion has actually been modified gently for length and clarity.

TC: I’m seeing you owned about 33% of Bill.com after the preliminary. How did that preliminary check happened? Had you invested before in Lacerte?

DC: That’s right. Renee started [an online payroll] company called PayCycle and we ‘d backed him and it offered to Intuit [in 2009] and Renee made great cash and we made money. And when he wanted to begin this next thing, he stated, ‘Look, I wish to do something that’s a bigger outcome. I do not wish to offer the business along the way. I simply desire this time to do a big public company.’

TC: Why did he sell PayCycle if that was his ambition?

DC: It was largely because when you’re a first-time CEO and business owner and a big business provides you the opportunity to make millions and millions of dollars, you’re a bit more lured to sell the business. And it was a great cost. For where the business was, it was a good cost.

Bill.com was a little bit various. We had great offers prior to going public. We even had an offer right before we went public. Renee stated, ‘No, this time, I desire to go all the method.’ And he satisfied that guarantee he ‘d made to himself. It’s a 14-year success story.

TC: You’ve sold the majority of your stake in recent weeks for $900 million; how does that outcome compare to other recent exits for DCM?

DC: We really have another recent one that’s remarkable. We purchased a business called Kuaishou in China. It’s the biggest rival to Bytedance’s TikTok in China. We’ve invested $49.3 million completely and now that stake deserves $3.8 billion. The business is still private held, however we actually cashed out around 15% of our holdings. and with simply that sale alone we’ve already [seen 10 times] that $30 million.

TC: How do you consider selling your holdings, especially as soon as a company has gone public?

DC: It’s really case by case. In basic, once a company goes public, we most likely spend someplace in between 18 months to 3 years [unwinding our position] We had two big IPOs in Japan last year. One business [had] a $1 billion market cap; the other was a $2 billion company. There are some [cases] that are 12 months and there are some [where we own some shares] for 4 or five years.

TC: What types of services are these freshly public companies in Japan?

DC: They’re both B2B. One is pretty much the Bill.com of Japan. The other makes contact management software

TC: Isn’t DCM also an investor in Blued, the LGBTQ dating app that went public in the U.S. in July!.

?.!? DC: Yes, our stake wasn’t very big, but we were probably the first major VC to jump in since it was questionable.

TC: I also saw that you closed a brand-new $880 million early stage fund this summer season.

DC: Yes, that’s right. It was mainly driven by the fact that many of our funds have actually succeeded. We’re now on fund nine, however our fund seven is on paper today 9x, and even the fund that Bill.com is in, fund four, is now more than 3x. Is fund 5. We’re in a good spot.

TC: As a cross-border fund, what does the growing stress in between the U.S and China indicate for your team and how it operates?

DC: It’s not a big effect. If we were currently purchasing semiconductor business, for instance, I think it would be a pretty rough duration, since [the U.S.] limits all the money coming from any foreign sources. At least, you ‘d be under strong examination. And if we bought a semiconductor company in China, you might not have the ability to go public in the U.S.

. But the sort of deals that we do, which are largely B2B and B2C– more on the software application and services side– they aren’t as impacted. I ‘d state 90% of our deals in China focus on the domestic market. And so it doesn’t truly impact us as much.

I believe a few of the Western organizations putting money into the Chinese market– that might be reducing, or at least they’re a little bit more on the sidelines, trying to find out whether they should be continuing to buy China. And possibly for Chinese companies, less business will go public in the U.S., etcetera. However a few of these companies can go public in Hong Kong.

TC: How you feel about U.S. administration’s policies? Do you comprehend them? Are you irritated by them?

DC: I think it needs patience, because what [is revealed and] goes on the news, versus what is actually carried out and how it genuinely affects the industry, there’s a big gap.