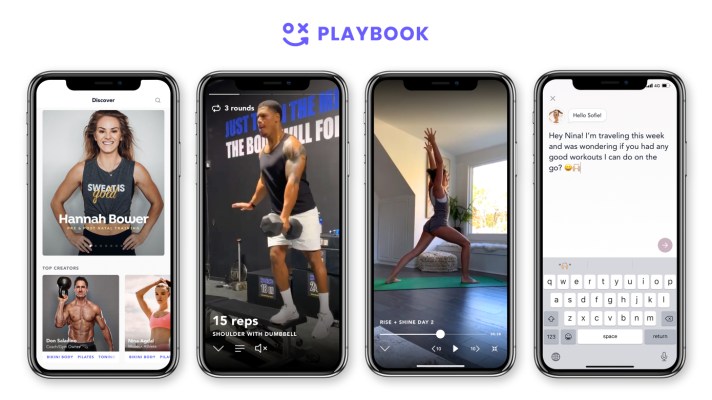 Playbook, intending to be the Patreon of fitness material, has raised an additional$9.3 million in Series A funding from E.ventures, Michael Ovitz, Abstract, Algae Ventures, Porsche Ventures and FJ Labs. The pandemic has actually hit the individual trainer and physical fitness industry exceptionally hard. With health clubs closed, trainers’primary funnel for new customers has been closed down or slowed. Playbook wants to provide an earnings stream through their content.

Playbook developers are provided tools to create videos and grow their audience. Unlike numerous fitness startups, Playbook truly concentrates on the developer side of the business rather than the final end user, thinking that trainers can attract their own audience if they have the right tools and a platform to monetize them.

The business pays developers who bring their own audience to the platform (by means of their own special link) an 80% cut of all revenue from those users. If users come to the platform agnostic of a particular creator, the trainer earns money out based upon seconds watched.

For completion user, the rates is basic– it’s an all-you-can-eat design with a month-to-month subscription priced at $15/month or $99/year.

Playbook co-founder and CEO Jeff Krahel stated the main focus for the business is to double down on the technology services offered to developers, and the rest will follow.

“That becomes part of the reason we caused Michael Ovitz as a tactical investor,” stated Krahel. “We are a tech-driven talent firm, a fantastic tech platform with tools for creators. The future of the business is around supporting developers, practically like an accelerator, to make the most of impact.”

Krahel is joined by 2 co-founders: Michael Wojcieszek and Kasper Ødegaard.

This latest round brings Playbook’s overall financing to $12.3 million.