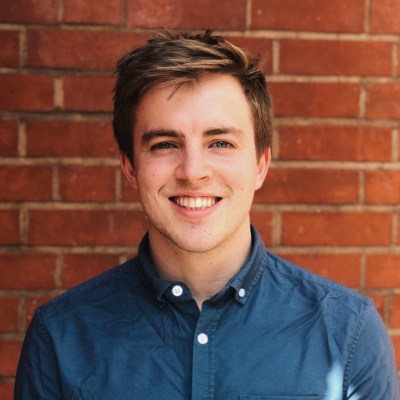 More departures are occurring at Bó, the digital bank established by RBS-owned Natwest. Following the departure of Bó CEO Mark Bailie in January, the latest to seek a new opportunity is primary item officer Ollie Purdue, TechCrunch has actually learned.

According to sources, Purdue is signing up with Antler, the company home builder and early-stage venture capital firm that operates in Amsterdam, London, New York, Stockholm, Sydney, Nairobi and Singapore. He’s expected to sign up with the VC in the next few weeks as a Partner, bringing his product background and know-how to Antler. Prior to operating at Bó, Purdue founded millennial savings account Loot in 2014 while still at University, aged just 20.

Founded in 2018 by Magnus Grimeland (co-founder of Zalora, which offered to International Style Group), and at first introduced in Singapore, Antler runs a company-builder program in several locations, not completely dissimilar to London-headquartered Business owner First, which pioneered the pre-team, pre-idea design of talent investing.

Like EF, Antler welcomes applicants to apply to its various programs with the aim of assisting them discover a co-founder and settle on a new start-up concept. It provides a stipend for the very first 2 months to cover individuals’ fundamental living costs, and after that pre-seed funding. In addition, later-stage capital is also readily available for successful business, with Antler operating regional funds in each location.

On the other hand, Purdue has a coloured history with Bó, and RBS specifically. RBS was an investor in Loot and the incumbent bank was believed to be close to obtaining the startup before eventually pulling out of the deal. This resulted in Loot scrambling for additional funding, which it was unable to get in time prior to running out of cash totally after existing investors chose not to follow on.

Not long after, Purdue and around 17 other ex-Loot employee– covering marketing, design and product functions– were hired to Bó already CEO Bailie.

I’ve reached out to Bó/ RBS and will update this post if and when I hear back.

Magnus Grimeland, CEO and Creator of Antler, offered TechCrunch with the following declaration: “At Antler, we back founders who show that they have the grit and determination that it takes to build an organisation. That’s why we’re delighted to have Ollie on board. He’s an entrepreneur, he’s rolled his sleeves up, and knows what it requires to construct. We’re also thrilled to be growing the Antler team at this moment. At a time when there’s a great deal of unpredictability in the tech industry, we are very delighted to be declaring our commitment to early-stage start-ups and supporting extraordinary entrepreneurs, by growing our existence in London.”

Includes Ollie Purdue, Partner (UK) of Antler: “I can’t wait to get going at Antler. The European innovation industry is blossoming with prospective, and I’m keen to help the next generation of creators develop world-beating companies. My individual experience is in fintech, which is one of lots of tech sectors in which you see a perfect mix of chance and talent.”