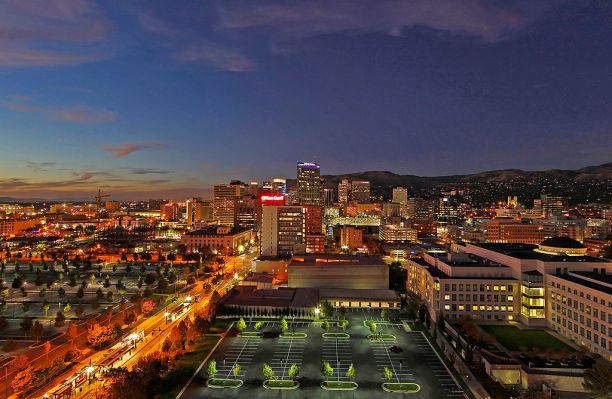 After investigative reporting exposed his concealed participation in shooting at a synagogue with KKK members at age 17, the CEO of Banjo will leave the

business he established. In a brief post, the company revealed a “change in management” and the resignation of its founder and CEO Damien Patton. The Utah-based business will shift “to a brand-new, reconstituted management group successfully immediately.”

“I am positive Banjo’s greatest days are still ahead, and will do everything in my power to ensure our objective prospers,” Patton said in the post. “Nevertheless, under the present situations, I think Banjo’s finest course forward is under various management.”

Patton leaves the company as valuable contracts with its home state of Utah went on hold due to the explosive report, published in OneZero. The story exposed that at age 17, Patton drove a KKK member past a synagogue while he contended the structure. He reportedly went into hiding at a white supremacist training school after the occurrence.

In a statement offered to TechCrunch, Utah’s Chief law officer workplace said it was “stunned and upset” at reports of Patton’s previous association with hate groups.

The business’s CTO, Justin R. Lindsey, who signed up with the company full-time less than a year back, will step into the top function.

Even prior to revelations of Patton’s past, Banjo had come under scrutiny by personal privacy supporters for its pivot from a social tech business into a real-time intelligence platform for law enforcement. Last year, the business’s director of federal government affairs for Utah told a group of public authorities that Banjo “basically [does] most of what Palantir does, we simply do it live.”

In its post announcing Patton’s departure, the company emphasized its “unbending dedication” to protecting personal information and defined its work as “technology options that secure personal privacy.”