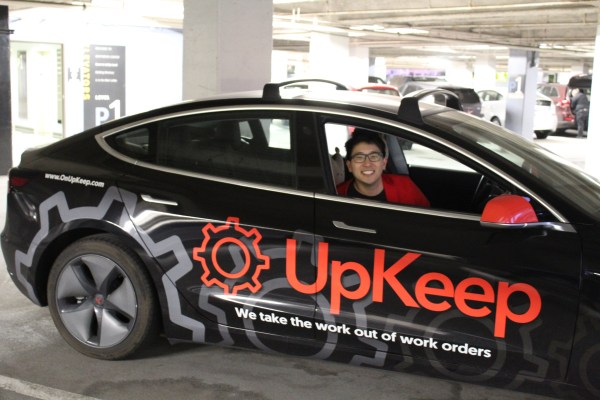 UpKeep, a mobile-first platform for maintenance and operations partnership, has today announced the close of a $36 million Series B funding round. The round was led by Insight Partners, with participation from existing financiers Introduction Capital, Battery

Ventures, Y Combinator, Mucker Capital and Fundersclub. UpKeep was founded by Ryan Chan. Chan operated at Trisep Corporation, a chemical manufacturing company, before founding UpKeep and saw first-hand how plant upkeep was handled. In spite of the fact that the plant had bought software for facilities upkeep and operations, the majority of the data was documented on pen and paper before being input into the system since that software application was desktop only.

The concept for UpKeep was born.

UpKeep satisfies upkeep employees where they are, which could be just about anywhere.

With any upkeep task, from altering a lightbulb in an office building to fixing a complex piece of machinery on the floor of a manufacturing plant, there are generally three celebrations involved: the requester, the centers manager, and the service technician.

Before UpKeep, the requester would either send an e-mail to the centers supervisor or possibly use some other software application to let them understand of the problem. The facilities supervisor would prioritize the various demands of the day and send out service technicians to solve them.

Technicians need to log plenty of information when they’re out on the job, however this typically involved composing this details down on paper and after that going back to a desk to input the data into the system.

With UpKeep, the requester can utilize the app itself to notify the centers supervisor of issues, or send out an e-mail that flows straight into the Maintenance system. Facilities supervisors use UpKeep to focus on and assign concerns to their team of specialists, who then receive the work orders right on UpKeep.

Rather of logging information on paper, these technicians can take photos of the issue and note the parts they need or other information of the job right in the app. No duplication of effort.

Maintenance operates on a freemium model, allowing technicians to handle their own work for totally free. Collective usage of the product across an organization expenses on a per user on both a annual or monthly basis. The company provides numerous tiers, from a Beginner Strategy ($35/month/user) to an Enterprise Plan ($180/month/user).

Greater tier plans use more in-depth reporting and analysis around the work that gets done. Chan explained that these reports are not necessarily about tracking people, though.

“Yes, we track service technicians and it’s a tool to manage work done by individuals,” stated Chan. “But a production facility truly cares a lot more about the devices. They can utilize UpKeep to manage things like how many hours of downtime a tool has, and so on. It’s more targeted toward the actual asset and the equipment versus the individual completing their work.”

Chan said that around 80 percent of the business’s 400,000 users are on the complimentary variation of the app. Some brands on the app include Unilever, Siemens, DHL, McDonald’s, and Jet.com. Chan stated Maintenance saw a 206 percent boost in profits in 2019.

Crucial to the business’s future, Maintenance is dealing with OSHA and a group called SQF (Safe Quality Food) to offer design templates around best practices during the pandemic. Now, upkeep workers and centers personnels have an entire new list around sanitation and security that many organisations are just getting up to speed on. Maintenance is working to make these brand-new practices easier to adopt by providing those checklists straight to facilities supervisors.

This most current financing round brings Maintenance’s overall funding to $48.8 million.