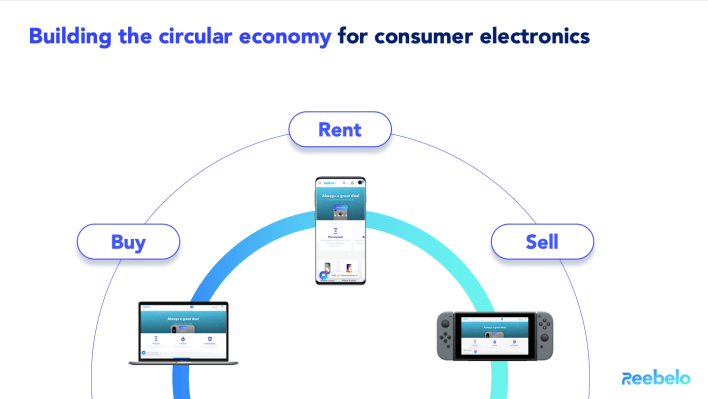 Reebelo, a Singapore-based marketplace for refurbished electronic devices, revealed it has raised a seed round of$1.25 million led by June Fund, with participation from Antler.

The brand-new financing will be utilized for employing, especially marketing and operations positions for customer service as the business scales. Reebelo currently operates in Singapore, however plans to broaden across the Asia-Pacific area over the next two to three years.

Founded last year by chief executive officer Philip Franta, Reebelo was introduced to lower the amount of waste developed by customer electronic devices. The business participated in StartupX’s HyperSpark, a pre-accelerator program focused on sustainability that is run in collaboration with Temasek, Singapore’s sovereign fund.

Reebelo, which holds a previously owned goods dealers license from the Singapore Police Force, differentiates from peer-to-peer markets by screening and refurbishing electronic gadgets, including phones, laptops, tablets and gaming gadgets, prior to they are noted on the website. Each gadget includes a service warranty and the company says they can cost up to 70% less than a new version. It also buys pre-owned devices for money through its online trade-in program.

June’s handling partner, David Rosskamp, will sign up with Reebelo’s board.

In press declaration, Rosskamp stated, “We are strong followers and investors in circular commerce. What it eventually stands for is a different form of usage, with a more sustainable and typically fairer method. Reebelo’s team is following this mission with passion and focus. Supporting Reebelo to build up a central electronic devices trading facilities preferably mirrors our investment theses, and we enjoy to invest at an earlier phase than we usually do.”