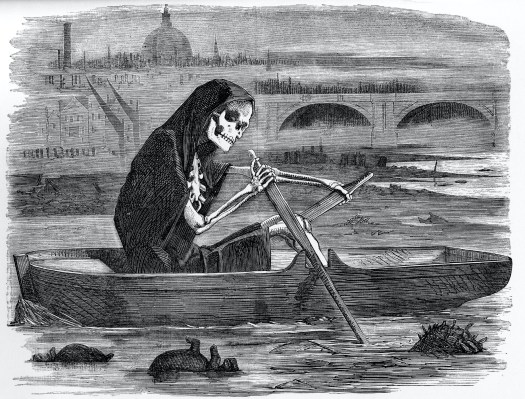 Greg Law Contributor
Greg Law is the co-founder and CTO at Undo.io, a software application failure replay platform service provider. It‘s the summer of 1858. London. The River Thames is overruning

with the smell of human and commercial waste. The exceptionally hot summer months have actually exacerbated the issue. But this did not simply take place over night. Failure to upkeep an aging sewer system and a growing population that utilized it added to a powder keg of effluent, producing cholera break outs and shrouding the city in an odor that would not disappear. To this day, Londoners still mention the Great Stink&. Repeating cholera infections led to the dawn of the field of epidemiology, a subject in which we have actually all recently ended up being amateur lovers. Fast forward to 2020 and you’ll see that contemporary software pipelines deal with a comparable” Great Stink “due, in no little part,

to the large adoption of constant combination( CI), the practice of combining all developers ‘working copies into a shared mainline a number of times a day, and constant shipment( CD ), the capability to get modifications of all types– including brand-new functions, setup modifications, bug repairs and experiments– into production, or into the hands of users, securely and quickly in a sustainable way. While modern software application failures will not spread out illness or release the rancid gives off the past, they certainly reek of destruction, rendering billions of dollars lost and countless designer hours lost each year. This sort of waste is antithetical to the intent of CI/CD. Everybody is employing CI/CD to speed up software delivery; yet the ever-growing stockpile of periodic and erratic test failures

is doing the specific reverse. It’s ended up being a growing sludge that is continuously being fed with failures faster than can be resolved. This stockpile must be cleared to get CI/CD pipelines back to their full abilities. What worth exists in a system that, in an effort to accelerate software shipment, intentionally leaves a backlog of bugs that does the exact opposite? We did not arrive at these practices by mishap,

and its practitioners are neither lazy nor incompetent so; how did we get here and what can we do to temper modern software application advancement’s Great Stink? Ticking time bombs Article curated by RJ Shara from Source. RJ Shara is a Bay Area Radio Host (Radio Jockey) who talks about the startup ecosystem – entrepreneurs, investments, policies and more on her show The Silicon Dreams. The show streams on Radio Zindagi 1170AM on Mondays from 3.30 PM to 4 PM.