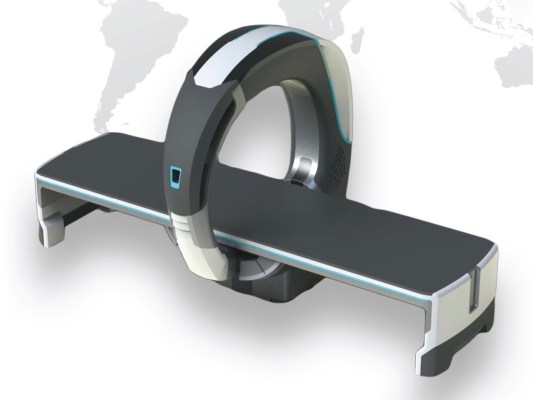 Less than a month after the Israeli medical imaging start-up Nanox raised$59 million in financing and said it was close to going public, the business has now bitten the bullet. Today the company announced that it raised$165.2 million in an initial public offering. And after its shares were priced at$18 for its debut on the Nasdaq Global Market later on today, under the NNOX ticker, it opened at $20.34, a small pop of 13% and closed out the day at $21.70, up 20.6% on its offer cost. The $18-per-share rate was at

the greater end of the range that Nanox had actually originally embeded in its F-1 kind of between$16 and $18, and it provides Nanox a valuation of about $1 billion.

Nanox’s service is based around a vertical model: It has actually created a cutting-edge, scaled down scanner that aims to complete against bigger and more pricey existing x-ray devices, with the first design called the Nanox.ARC. Nanox states the ARC is available in at 70 kg versus 2,000 kg for the typical CT scanner, and production costs are around $10,000 compared to $1-3 million for the CT scanner. The technology, size of the system and price also suggest that it can be used for more routine scanning as part of wider research study efforts or medical and diagnostic techniques.

Together with this, it has built a suite of cloud-based services based around charging for scans, and subsequently managing and examining the images that are made on these, offered as Nanox.CLOUD. The hardware is made in collaboration with big manufacturers like Foxconn (which invests in Nanox), while the services are offered to doctors and other clinicians and scientists.

Nanox noted in its F-1 filing that it plans to utilize the proceeds, together with existing cash, to manufacture “the preliminary wave of Nanox.ARC units prepared for international deployment and financial investment in producing capacities, setup, shipping and implementation expenses of the Nanox System, and continued research and development of the Nanox.ARC, the development of the Nanox.CLOUD and regulatory clearance in different regions and sales and marketing expenses, administrative and basic expenses and other general corporate functions.”

Nanox is dealing with something extremely cutting edge, and potentially disruptive, with a great deal of huge companies already supporting that effort. (In addition to Foxconn, the company counts the similarity imaging huge FujiFilm and SK Telecom amongst its investors.)

It’s also something of a gamble that it will all come together. The business has yet to get regulatory approval for its imaging machines in any market and it published a bottom line of $13.8 million for the first 6 months of 2020, up from $1.7 million in the exact same duration a year prior to.

In its F-1 the business did not publish any historic data on its profits to date, however in July, Nanox CEO and founder Ran Poliakine informed TechCrunch that the startup makes the majority of its revenues from licensing offers, providing IP to producers like Foxconn, SK and FujiFilm to develop gadgets based on its principles.

Nanox noted in its F-1 that it introduced a working prototype of its Nanox.ARC scanner in February 2020 and, “if cleared, we prepare to release the very first Nanox.ARC in the first half of 2021,” it wrote. If cleared, it targets a minimum installed base of at least 1,000 Nanox Systems (which integrates the scanners themselves and the numerous imaging services) for the second half of 2021, and a longer-term goal of 15,000 Nanox Systems by 2024.

However it likewise acknowledged that the spread of the coronavirus pandemic– one reason there has been so much more interest in general in medical technology business– has also been the reason for a few of its hold-ups in getting regulatory clearance.

Updated with opening and closing prices.